Records personnel verify the validity of all legal mail by contacting the attorney or firm listed on the return address. Mail determined to be suspicious will be opened and searched for contraband. If contraband is discovered, criminal charges may be pursued against the receiving inmate and/or the sender. 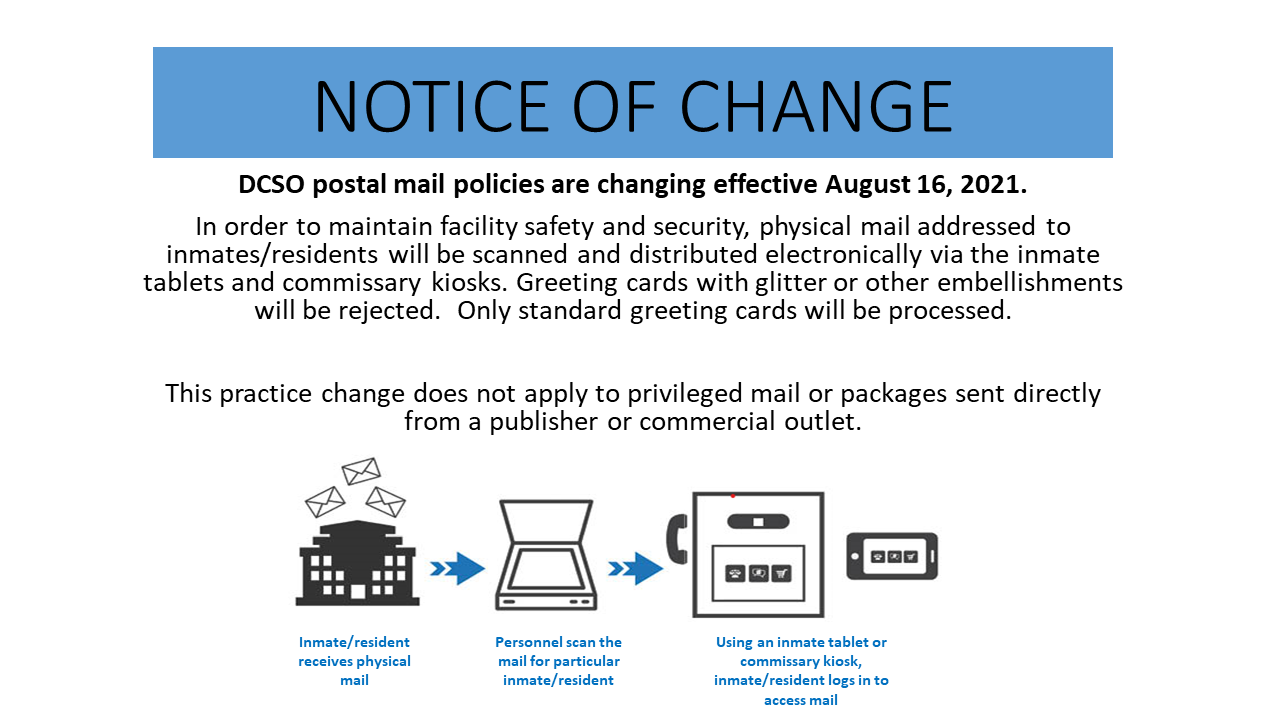 Items Accepted Through the Mail

Items Not Accepted Through the Mail